The media is truly fraudulent.

Former New York Times contributor Nellie Bowles exposed that the New York Times failed to run her story on the damage caused by the Kenosha riots until after the election.

She was even told this by an editor of the times.

Wow. This anecdote from @NellieBowles about how the NYT wouldn’t publish her story on the damage done by the Kenosha riots until after the election is really damning. https://t.co/35jG248iya pic.twitter.com/O3nRi6mu9w 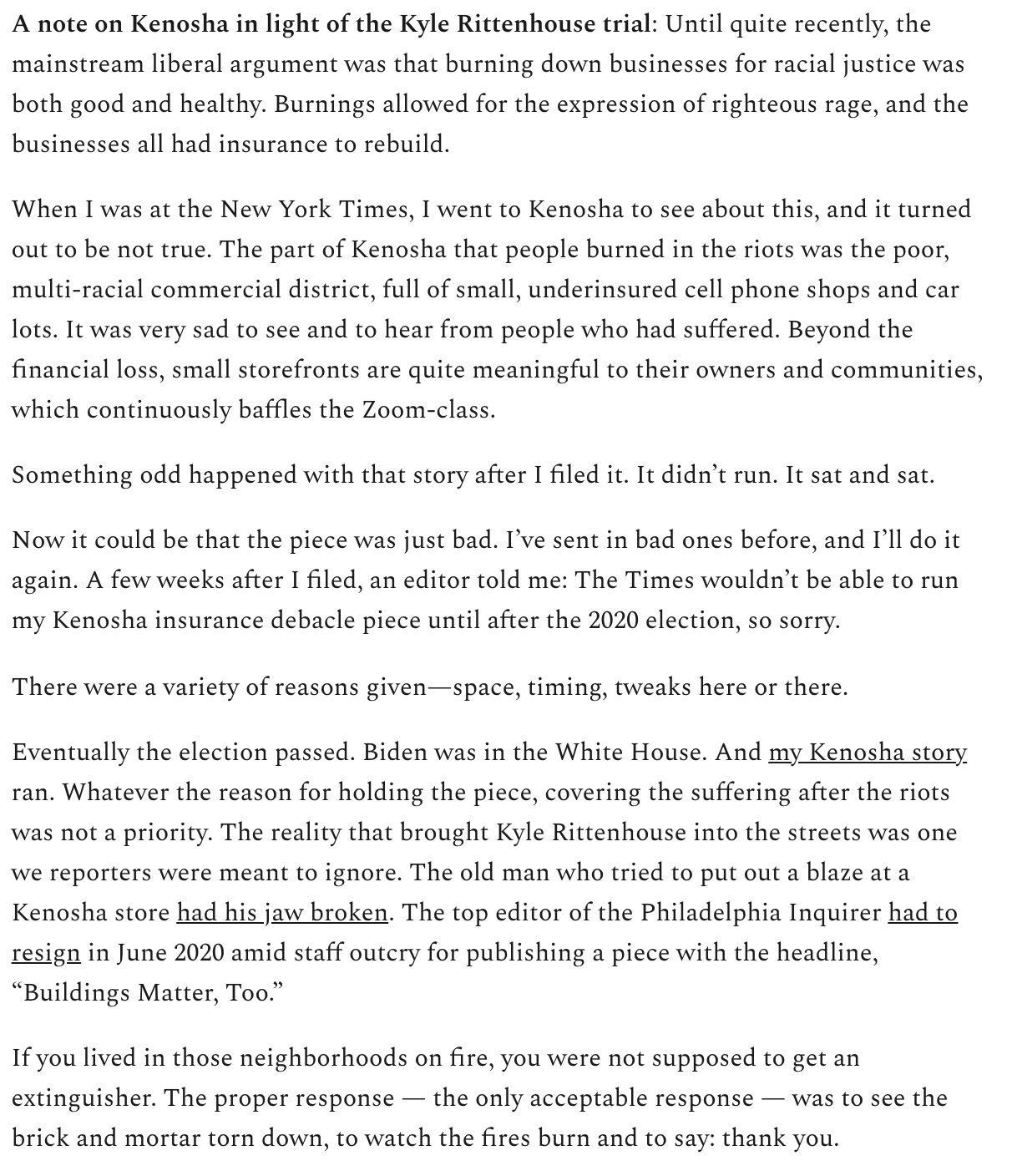 Former New York Times contributor Nellie Bowles’ has relayed a disturbing account of an incident at America’s ‘paper of record’ concerning coverage of the riots in Kenosha, Wisconsin following the August 2020 police shooting of Jacob Blake – where during just one evening of ‘protests,’ the Kenosha Fire Department responded to 37 fires, multiple shootings, assaults, and other acts of vandalism.

In her “TGIF” newsletter (which can be read at Bari Weiss’ substack here), Bowles explains how she traveled to Kenosha to cover the riots – and in particular to see whether the prevailing Democratic narrative that the destruction was “both good and healthy” for promoting racial justice was true (it wasn’t).

Here is the story-Businesses Trying to Rebound After Unrest Face a Challenge: Not Enough Insurance-It was posted on Nov 9th and updated on Nov 16th: